BharatQR code (or Bharat QR code) is the new scheme launched by Indian Government to simplify the process of digital payment at merchant and retail outlets.

Earlier QR code has been successfully used by PayTM to enable payments at retails or merchants. But currently Paytm does not support deducting or depositing money directly to your bank account and hence one need to operate an additional wallet account (with its associated fees for withdrawing money).

BharatQR code fixes this problem and democratizes the QR code for indian masses. 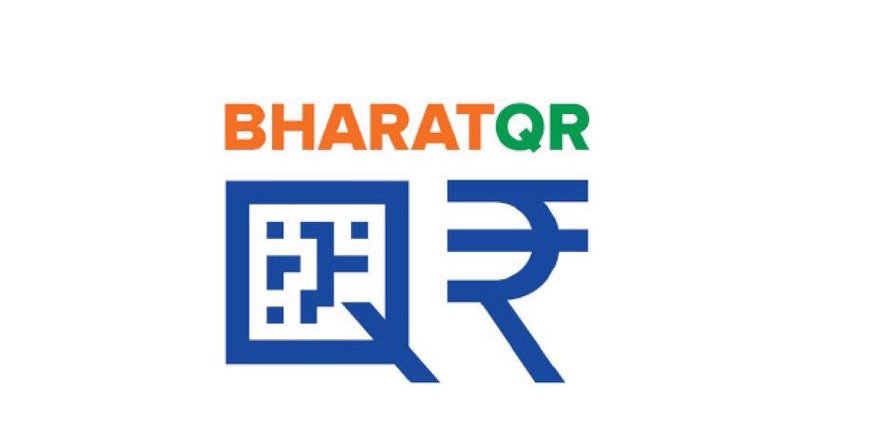 QR Code full form is 'Quick Response Code' and a QR code is a graphical code which can be processed automatically by computers and mobiles by taking a photo of it. You would have seen QR code of Paytm displayed at retail outlets, merchants and petrol pumps already.

BharatQR code is the coding scheme launched by Indian Government and this makes it much widely accessible than being stuck with single financial company.

Using BharatQR code, merchants and retailers can display Bharat QR code at their shop and customers can pay them directly from their bank account. The given money will be automatically deposited in the merchants' linked bank account.

Please note the merchant don't need to have any smartphone or computer at his shop. He/She just need to display the printout of BharatQR code to enable these payments. It is advisable to have a mobile phone at shop so that the retailer can get the payment confirmation (even feature phone should work for this using sms)

To make payment using BharatQR code, one can either use his/her Bank Mobile app or common app like Bhim App.

Please note that BharatQR code is a new scheme launched on Feb 20, 2017 and hence lot of bank mobile apps still don't have support for it. It should become available in most bank apps pretty soon